The Valley and The Old Continent

The different mindset of investors in Silicon Valley and Europe – and how we aim to bridge the gap.

Even though the glamour of Silicon Valley is slowly fading, for the majority of entrepreneurs and investors the Bay area still is the industry lighthouse everyone is excited about.

The moniker itself has become so iconic that businesses and pop culture alike started to capture some of it’s sparkle – be it by adding „Valley“ to names of their local initiatives such as Danube Valley, Rheinland Valley or Dragon Valley or by producing TV shows such as „Silicon Valley“, soon running in its sixth season on HBO.

But despite the global radiance that the Valley still exudes, the different mindset of investors in Europe and California is very much noticeable – and that’s where capital300 comes into play.

In 2016, when our founding partner Roman Scharf returned to Vienna, he had successfully worked as founder and investor in the midst of the startup melting pots of Mountain View and Palo Alto in addition to being the first European entrepreneur to raise funds from legendary Sequoia Capital. After having spent over a decade in the Valley, he realized that the gap in the startup ecosystem between Europe and US was still massive, inhibiting European businesses to make a real impact on a global scale.

In this article we will show how we at capital300 aim to bridge the gap by analyzing the different business mindsets and summarizing propositions that offer crucial insights for investment opportunities.

One crucial difference that we come across regularly, is the amount of equity many European investors want to acquire early on. European founders often start the Series A fundraising with already less than 50% ownership. There are Angels and (Pre-)Seed investors who push hard to get more than 20% equity and hence exploit the startup’s need for capital. In extreme cases we have seen captables where Angels hold 70% of the company. Some European founders even believe that giving away so much equity early on is the only way to raise money in Europe. It seems almost as if investors seem to be short-sighted or don’t want the startup to become a global leading player.

Founders should avoid having investors on their cap table that want too much equity in the beginning. When building a fast scaling global startup more than one funding round is going to be necessary and taking away too much equity from the founders early on will dilute them to an extent where they have no power over their own company.

Equity is a way of incentivizing and motivating founders, taking away too much equity is hence unfavorable.

For big Silicon Valley funds a cap table for Series A fundraising with founders having less than 50% ownership is a clear red flag. We have already explained why shareholder structure matters in a previous blog post and will not get tired to encourage founders to make sure they have substantial ownership in their startup.

Another difference is the support investors provide startups. In Silicon Valley, VCs enter into partnerships with their portfolio companies. The success of a VC and ultimately the return for LPs, is determined by the success of the startups they invest in.

It should be of interest for investors to support their portfolio companies whenever they need support. This support could for example be introductions to new leads, referrals of potential hires and helping to raise the next round. From our experience especially investors, who have been entrepreneurs themselves or worked at startups, are the most supportive ones.

Founders should be able to take the support of their investors for granted, but in reality they cannot.

“This is like giving people movie tickets and asking them to pay extra for the sound.” Peter Lasinger, co-partner capital300

In the bank account one dollar equals one dollar. But founders should be aware that one dollar from a truly supportive VC is more valuable than a dollar from others. What sounds like a no-brainer is commonly frowned upon in Europe. The concept of work for equity is quite common for European investors – meaning investors claiming extra ownership of the company for supportive services.

A third difference is the way how startups are being evaluated. Silicon Valley investors want to see that founders have the vision of building a multi-billion dollar company that has the potential to lead the market. The vision, the story and the ability of the founders to execute it has high priority. European investors on the contrary like to crunch the historic KPIs. Of course, all investors want to see numbers, but while some are looking for an impressive growth case others rather build extrapolations of past traction.

Both ways definitely have their advantages and disadvantages. At capital300 we try to combine both approaches through a wide ranging and supplementary skillset.

“Silicon Valley VCs have a very strong business instinct and are a bit less hard facts driven than their European counterparts. But then again, this can not be generalized. One of the things that attracted us was the Silicon Valley mindset at capital300.” Kari Thor, CEO and co-founder Authenteq

Partly caused by the geographical fragmentation in Europe and the big role governmental money plays for local VC funds, startups with the potential to win the local market are able to attract VC money. Some VCs are explicitly looking for investments that strengthen the local infrastructure, job market and economy.

Silicon Valley funds are not looking for local heroes – but global champions.

A business case that guides the way to becoming a local hero is therefore not an investment opportunity we would pursue in contrast to many of our peers in the region. At capital300 we act local but think global by always co-investing with global leading VCs.

There are voices criticizing the European VC industry that partners in European funds do not have enough skin in the game. Often they do not pay in their own money into the fund and just benefit from the management fee and carry.

But bare in mind that the way how decisions are being made also depends on the stake that the investor has in the fund.

At capital300 we not only take into consideration the European business challenges and intricacies of criticism when exploring opportunities with US or UK based co-investors but in addition provide an invaluable network and industry connections to all of our portfolio companies. And we do have skin in the game.

Hence bridging the gap of different investment mindsets and bringing together the best of both worlds. 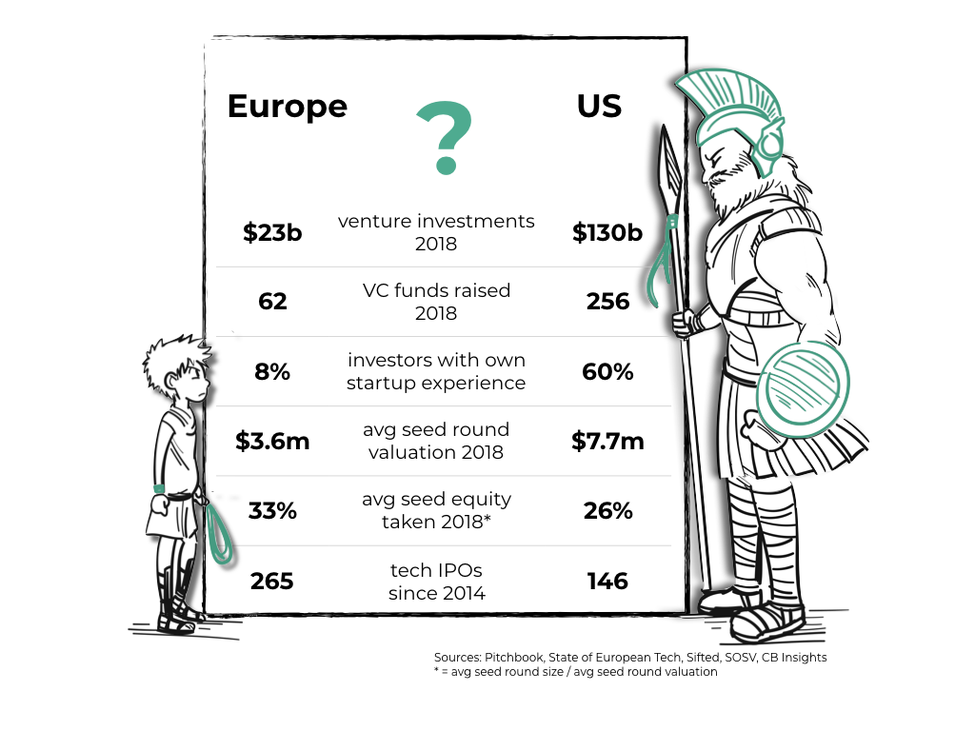