Raising money from US VCs as a European startup

Personal connections to the startup ecosystem and other venture capital funds are very valuable for VCs. One might think that these days such connections are built quickly in a world of social networks and where the theory of six degrees of separation is proven to be true. However, to build strong relationships direct in-person interactions are crucial.

Thus, VC money is being deployed in regions with high startup ecosystem and network density. Roman Scharf shared his thoughts about the changing dynamics of international venture capital with Berlin based entrepreneurship community Silicon Allee. The full article can be found here.

The Quarterly European Venture Capital Report for Q2/2019 shows that major parts of mega rounds (> €100M) are still made in the US followed by Asia and then by Europe. Many US VCs rather stick to their territory, some even limiting their investment region to a 2 hour car-drive radius. These VCs usually lack valuable introductions to promising European founders as their network outside their radius is too lose. Consequently a funding gap in Europe is caused, being reflected in the comparison of the average financing rounds on the two continents. But Europe is catching up: the 2019 figures from the European Venture Capital Report show that although Europe is the smallest market in raising VC money, it is continuously growing. Already €19 billion have been invested until the end of the Q2/2019 compared to €15 billion last year. 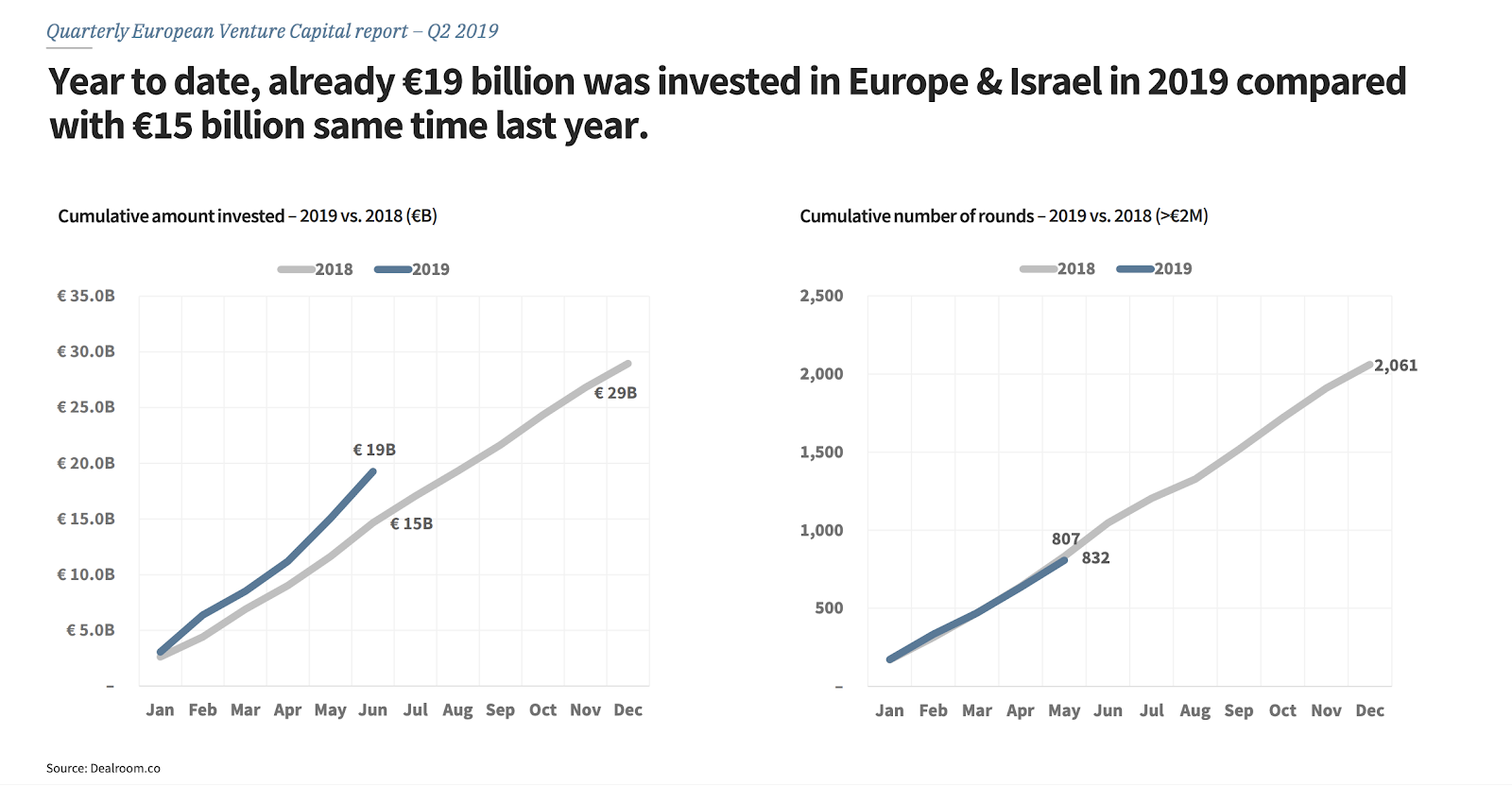 Why Silicon Valley struggles with Europe

The diversity and fragmentation of Europe is a pain point for American VCs, but recent developments have been making the continent a more attractive investment target for them. For example recent European Unicorns like UIPath, Revolut, Celonis, Taxify and Deezer have created buzz about the potential and talent in Europe. Nevertheless, most of the US VCs do not dare to make big investments.

As their network throughout and the affinity to the European startup landscape is rather weak it is hard for US VCs to get access to hidden champions and local references for assessing the founders.

With its seven investments in 2019, the US Venture Capital Fund Index Venture is one of the the most active players in the European VC environment. Nonetheless it is remarkable that some of the other big powerhouses from the US are still hesitant in investing in European companies. VC Sequoia capital is one of those and only made five investments in Europe over the last 15 years.

When it comes to challenges with regulatory as well as cultural fragmentation in Europe, a mediator is maybe simply missing, who functions as an expert on the continent. With European startup expertise, this mediator could introduce high potential startups to top-class US VCs. At capital300 we aim to bridge this gap between Europe and the US by playing an intermediary role. We have a clear strategy and only invest with partners from the Silicon Valley aiming to build the next unicorn in Europe.

One such startup capital300 has co-invested in with Silicon Valley VC Draper Associates is Authenteq from Berlin that provides a blockchain-based KYC tool. Kari Thor, CEO and founder of Authenteq, shared the following insight about the differences he perceives between VCs from the two continents: “Our US investor helps us to get some fresh and different opinions on various challenges we face, because their mentality is different than from Europeans. Silicon Valley VCs have a very strong business instinct and are a bit less hard facts driven than their European counterparts. But then again, this can not be generalized. One thing for example that attracted us to capital300 was their Silicon Valley mindset.”

Co-investing into European startups with a fund based in Europe like capital300 could be the way forward for US VCs and hopefully will soon change the European startup landscape to make it easier for founders to access global markets and growth.